Is Your Business Hemorrhaging Money or Users? 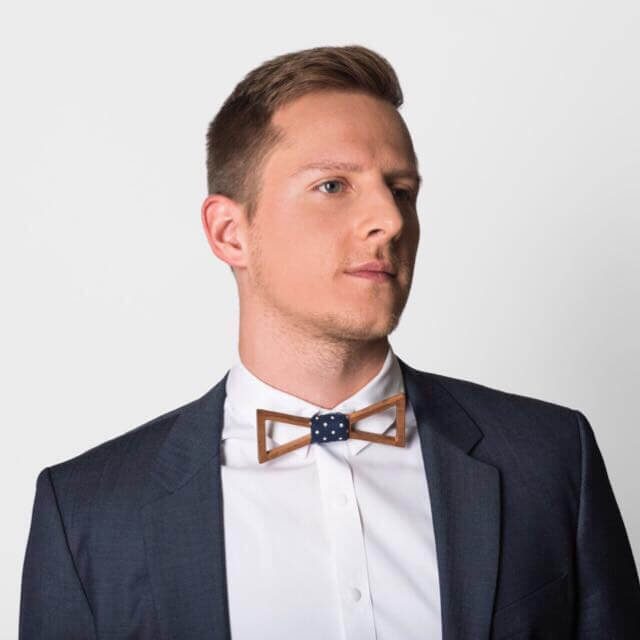 Ryan McHenry
W
hen you're running a business, it's easy to fall into tunnel vision. While founders and other execs obviously care about the businesses they pour countless hours into, the savvy ones realize the importance of taking a step back to occasionally reassess the full picture. It's true that the most successful companies regularly check the pulse of their customers, competitors, and stakeholders, regardless of how painful that might be. Those that choose not to tend to suffer the inevitable consequences.

And those consequences can be disastrous. When companies neglect to foster meaningful communication with their customers, their services and products become stale, decrepit, and out-of-touch. Here's the kicker: the ensuing loss of customers is a total surprise to those same out-of-touch execs. All of a sudden, they see their profits statements dipping into negative, blood-red numbers and feel that a sudden crime must have been committed. Their knee-jerk reaction is usually obvious: to figure out what is happening.

The right course of action at this point is to call in some investigators. A seasoned team of professionals can usually get to the bottom of the business's customer loss mystery, much like any Crime Scene Investigative unit does with actual blood-red mysteries. If the company in question deals in software, a combination of business analysts, product managers, UX analysts, and marketers can make the perfect squad.

This investigative squad, if doing its work properly, combines both quantitative and qualitative data to deconstruct the mystery and provide a solid narrative of what happened. Since data is king, it pays to take a scientific approach. This is how all successful experiments begin – with a preliminary hypothesis that draws on intuition and basic observations. Once hypotheses are laid out, research should be conducted into the current state of the business to confirm or discredit the initial suspicions.

These sleuths don't rely on guesswork they use analytics to be sure they're on the money. Tools such as Google Analytics, Mixpanel, and Amplitude help them shed light on how the business’s software or product is used and why people may have lost faith in its proposed solution. This data should also be combined with solid investigative interviewing, typically conducted via moderated customer interviews. Using a structured approach to identify customer personas, develop an intuitive list of questions, and then induce the interviewees to lay bare their true thoughts and feelings are how they are conducted. When both quantitative data and qualitative customer feedback are combined, the mystery is usually solved.

Now that your case is closed, the investigative team's work is over and it's time for you to take action or shy away from the truth. Choose the former.

Here are some examples of tragic scenes where companies decided not to listen to their customers' wishes and expectations, paying the ultimate price in the process.

Remember Kodak? Once upon a time, they dominated the photographic film market, but no more. How did this fall from grace happen? Well, it all relates to a particularly long river in Egypt denial. Despite their legendary engineer Steve Sasson creating the first ever digital camera back in 1975, Kodak’s top brass refused to see the light. Their arrogance meant they could not see that digital photography would be as disruptive as it turned out to be and they paid the ultimate price. Kodak filed for bankruptcy in 2012 to the complete shock of almost everyone. Everyone, that is, apart from Mr. Sasson.

Probably everyone reading this article has owned a Nokia phone at one time or another. Founded in Finland, they were the first company to create a cellular network and at one time were the undisputed standard bearer for mobile phone technology. However, they were completely unprepared for the effects of the Internet revolution and failed to understand that data would be king. Despite leading the way in the early stages of the industry, they made the mistake of resting on their laurels, believing that their huge name would be enough to transition into the next phase of the mobile technological revolution. They turned out to be very wrong. When Steve Jobs and Apple released the first iPhone in 2007, it was already too late. By the time they decided that they had to react, the game was up, and they got left behind never fully recover.

Another case in point is the now relatively unknown MySpace, a distant memory and a stark reminder of what happens if a company fails to react properly to a customer, competitor, and stakeholder feedback. Their inability to respond to the serious challenge presented by Facebook, which they decided not to purchase for $75 million in the early days of social media, sealed their fate. After that catastrophic piece of business, they compounded matters by deciding to focus on music and entertainment at the expense of social networking, and this is where their business model started to unravel. In late 2011, around 500 employees were fired from their positions as a result of management incompetence.

However, it's not all doom and gloom. There are several companies, some of the most successful the world has ever seen, which serve as cases in point for understanding the value of listening to feedback and responding appropriately.

Twitter is a valuable resource for this approach and Elon Musk understands the benefits more than most. Less than half an hour after receiving a Tweet from a customer, Paul Franks, about a programming issue, Musk responded with a promise to get to work. Not only did he listen, he understood the point made and acted almost immediately. It's no surprise to see Tesla leading the way in their industry, with Tesla owners more satisfied than those for any other car brand.

In September last year, McDonald's demonstrated the same level of strength. Heeding the results of a major campaign from their British customers, which garnered almost 500,000 signatures in support, the Golden Arches revealed that they would be replacing their plastic straws with paper alternatives. With just under 2 million plastic straws used every day, this was no easy feat and required a new straw making factory to be set up in Wales to help make this possible. But beware you can’t please all the people all of the time.

McDonald's, in fact, has been walking the tightrope between different customer demands for quite some time. Known for its iconic burgers and fries, the company has struggled with its response to clear and consistent data showing Millennials' preference for healthier food options. Switching back to more natural meat products and adding healthier options, like apples and salads, are a few ways that the fast food giant is staying true to its burger joint brand while also listening to customer feedback.

The leading footwear company, Adidas, analysed wider trends to make the changes its customers wanted to see. Instead of responding to a direct tweet or mass petition, they instead responded to a Brandwatch analysis which found that customers were aware of the impact of plastic waste on the environment and wanted to do something about it. Their decision to introduce running shoes made from ocean waste was a bold move, but its success was underpinned by Adidas's ability to understand market sentiment. With over a million pairs sold in 2017, their decision was completely justified from an economic perspective too.

We want to help

This is our bread and butter. At Cieden, we take pride in helping our clients check the pulse of their customers, competitors, and other stakeholders. Inevitably critical insights are revealed, sometimes saving huge amounts of time, energy, and money in the process. Through experience, we understand that dealing with engagement analytics and customer interviews is a time-consuming process, and we also recognize that there is an art to doing so. Proper questioning of an interviewee is essential to uncovering the most valuable qualitative insights, just like proper analytics instrumentation is essential to creating the most insightful reports. There is no need to worry about those details, however. We take care of this so you can instead focus on your core competencies, like driving your business forward.

As can be seen from the examples above, this is an aspect of development that must not be neglected. The value of the insights you can gain, often from some unlikely sources, should never be underestimated. In addition to analysing market trends, it is prudent to consider making plans for interviews and other forms of feedback as soon as possible. Jeff Bezos spent 100 times more on usability design than on marketing in the first year of Amazon, and he claims this strategy was what led to the platform's overwhelming success. He saw the immense value of listening to customer insights early on and was subsequently rewarded handsomely for it.

Take a moment to study the infographic in this article, familiarize yourself with the main points and that will help get a better understanding of how exactly we can help. Familiarizing yourself with the main points in a visual manner will help cement the knowledge you need to grow and prosper. Not only will this help ensure that you remember the details, but it's easily shareable and can help understand more about where you're heading.

So, do you see yourself as a McDonald's, Adidas, or Tesla? Or are you the next Myspace or Kodak, waiting in your dark room for exposure to the reality of a changing world? Let us know we want to help! 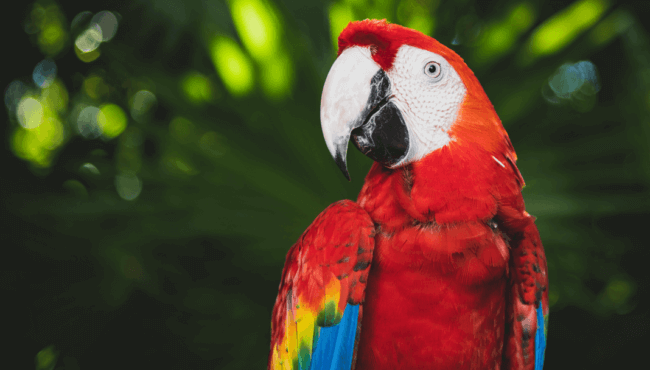 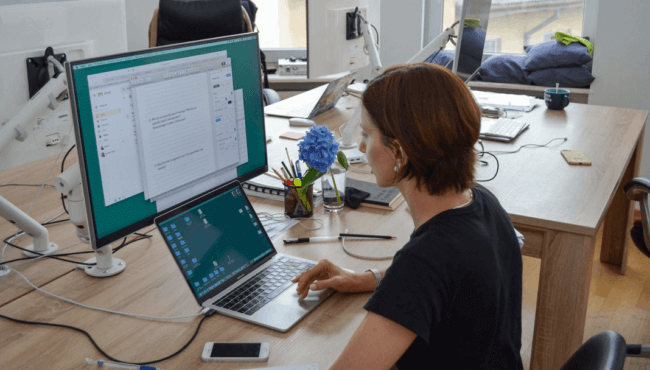 Customer & Client Interviews – Why You Should Conduct Them

start your project with us.

Getting in touch
is easy .